Claude Elwood Shannon (April 30, 1916 – February 24, 2001) was an American mathematician, electrical engineer, and cryptographer known as "the father of information theory".

Shannon is famous for having founded information theory with a landmark paper that he published in 1948. He is perhaps equally well known for founding both digital computer and digital circuit design theory in 1937, when, as a 21-year-old master's degree student at the Massachusetts Institute of Technology (MIT), he wrote his thesis demonstrating that electrical applications of Boolean algebra could construct any logical, numerical relationship. Shannon contributed to the field of cryptanalysis for national defense during World War II, including his basic work on codebreaking and secure telecommunications.

The Shannon Centenary, 2016, marks the life and influence of Claude Shannon on the hundredth anniversary of his birth on 30 April 1916. Shannon is best known for developing the mathematical foundations of communication (establishing the field of information theory)1, data compression2, digital computers3, cryptography4, circuit complexity5, flow networks6, and juggling7, as well as laying foundations of artificial intelligence 8, 9 and human–computer interaction10.

Claude E. Shannon [above] would have celebrated his 100th birthday this month on 28 April. Known as the father of information theory, he said in a 1987 interview that he maintained a carefree attitude by doing what came naturally. “Usefulness is not my main goal,” he said. Despite that approach to his work, Shannon pursued difficult mathematics and engineering problems, and his solutions have benefited the world. Although ...

It’s impossible to overstate the legacy of Claude Shannon. The paper he wrote for his master’s thesis is the foundation of electronic digital computing. As a cryptographer for the U.S. Government during WWII, he developed the first unbreakable cipher. For fun, he tinkered with electronic switches, and one of his inventions--an electromechanic mouse he called Theseus--could teach itself to navigate a maze...

Claude Shannon, the Father of the Information Age, Turns 1100100
- The New Yorker

Claude Shannon: Born on the planet Earth (Sol III) in the year 1916 A.D. Generally regarded as the father of the information age, he formulated the notion of channel capacity in 1948 A.D. Within several decades, mathematicians and engineers had devised practical ways to communicate reliably at data rates within one per cent of the Shannon limit...

Claude Shannon: The juggling father of the information age who coined the term 'bit'
- The Telegraph

Claude Shannon is often described as the father of the information age who created the term "bit", short for binary digits. Had Shannon been alive on April 30, 2016, he would have turned 100 (or 1100100 if you prefer his age in binary)...

As well as inventing microcomputers, and developing theories that led to the digital revolution, this American mathematician also had a frivolous side, building a machine that could solve a Rubik's Cube...

Claude Shannon: The Juggling Unicyclist Who Pedaled Us Into the Digital Age
- Time

Not long after his birth on April 30, 1916, it became clear that Claude Shannon was good with gadgets. As a youth, he fixed radios for nearby stores and converted barbed-wire fences into a telegraph line, through which he communicated with a friend... 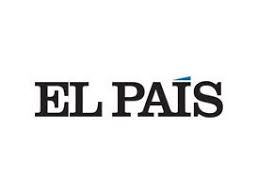 American mathematician and father of information theory Eric Weisstein's World of Math. Claude Elwood Shannon was born in Gaylord, Michigan on April 30, 1916 to Claude Elwood and Mabel Wolf Shannon. Shannon's father Claude, was a judge in Gaylord, a small town with a population of about three thousand, and his mother Mabel was the principal of the local high school. Although he didn't work in the field of mathematics, Shannon proved to be mathematically precocious. Although there was not much scientific influence from Shannon's father, he received scientific encouragement from his grandfather, who was an inventor and a farmer whose inventions included the washing machine and farming machinery...

As the doors of Hamming Hall swung open, a parade of tech-world notables headed inside. Internet pioneers and Silicon Valley executives crammed into the front rows, along with 16 IEEE Fellows, of which four were also IEEE Medal of Honor recipients. A Nobel laureate walked in and squeezed himself into a seat between them...